Last Sunday / December 1, I have gave my first painting workshop art Round & Round in Rotterdam.

In the beginning of the workshop, I got a bit sweat because some of the participators didn’t know where they can start with and I wouldn’t want them to bring an empty canvas home. Fortunately they are really talented. After I showed them some examples and explained them the steps, they started sketching with their pencils. In the end of the workshop, they all created very nice and their unique paintings. It was a bit pity that the time was too short to finish their paintings up. (I can truly felt that dogs are running after us when I was giving workshop.)

It was a great teaching experience and thanks all the talented participators. and the warm support from Round & Round! 🙂

I am planing to hold workshops regularly next year!
Would you like to know more workshops?
Visit  www.yu-chia.nl/workshops/  for further information.

It’s just for practice because I rarely drew people because I love to draw Monsters, Animals, Creatures and Robots.
I think that I got too much influence by “the animation films of Hayao Miyazaki, My Neighbour ToToro and Whisper of the Heart”, when I was a kid! 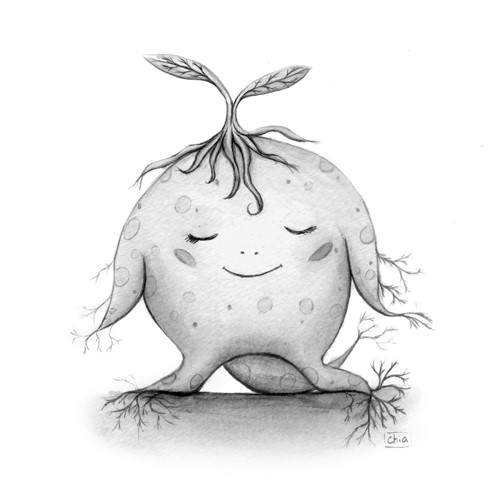 Little Root were growing next to the Secret Lab. Their genes were mutated by the chemical leakage. They got a mouth, a nose, a pare of eyes, arms and feet

Santa Moose likes to bring gifts to people, especially for kids, and enjoys seeing the happy faces when the kids and people receive the gifts. 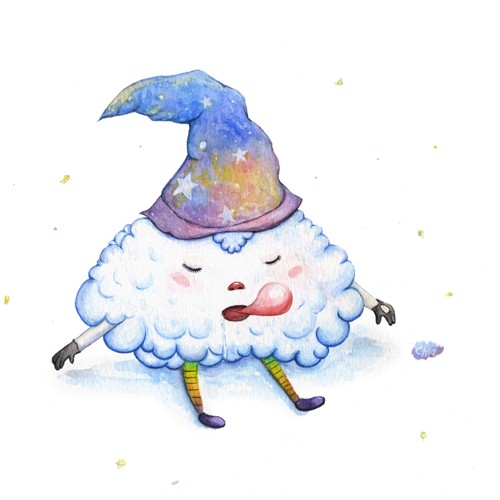 Dreamy Cloud loves to dream and she mostly is living in her own bobble.  She wishes that She could keep sleeping and never wake up. 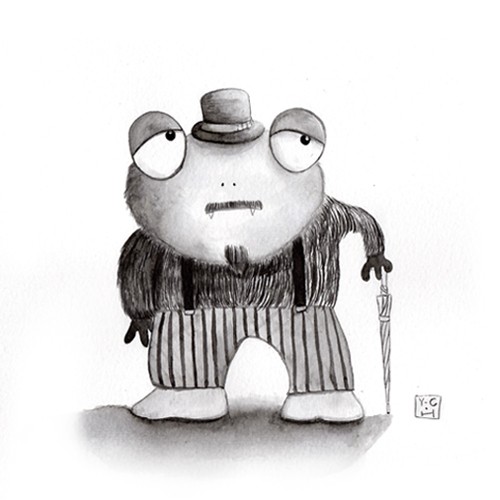 Mr. Foggy Monster is Fighter Frog’s Grand Pa. Grand Pa Frog was a fighter and had very bad temper as Fighter Frog when he was young. He has learned and experience a lot during his years of army life. Slowly he became an old, wise, and kind Grand Pa. 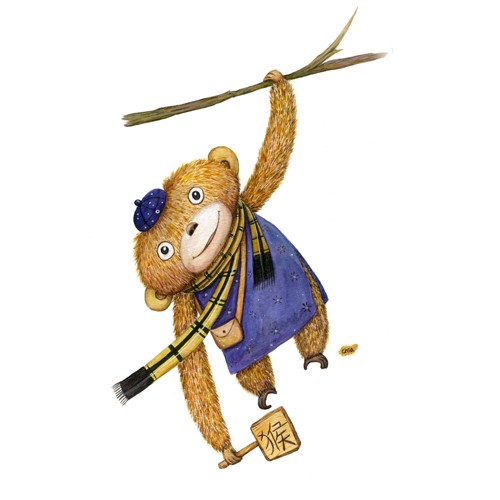 This creature looks like a mix with bear and monkey so people just call him Bear Monkey for now. (Under observation ) 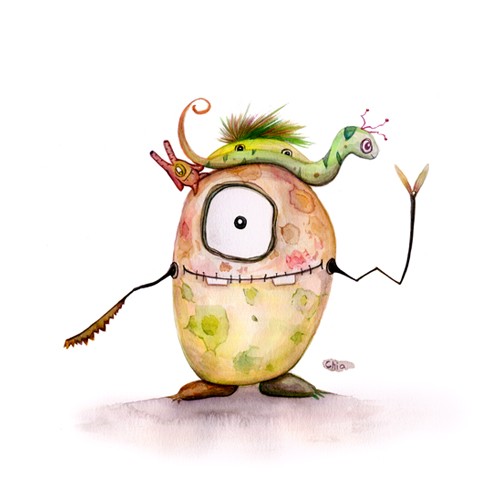 Eggie has only one eye so he cannot see and feel the depth really well. He can roll really fast downhill when he retracts his arms and legs back into his body.